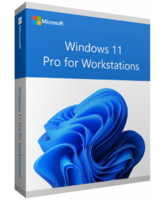 When there is a need to use the most technologically advanced operating system, then you should definitely buy Windows 11. The uniqueness of this product from Microsoft is hidden behind long experiments that eventually managed to offer users the most unique software. With this operating system, you will find a common language as quickly as possible, since it has been worked out with all scrupulousness by hundreds of developers of such a serious and truly replaceable global concern as MS.

The system is equipped at first glance with all the same protective barriers that have long been familiar to users, but this is at first glance, because if you drop a little deeper, it becomes clear that there are completely new ones here:

In addition, no one restricts users to use additional protective tools, many of which, in conjunction with the above, will be even more powerful and unshakable protection.

You should understand that the operating system of the eleventh generation was built on an engine that has long been familiar to many users, which from version to version of the OS, became better and better. But as it turned out, it was in Win 11 that the developers were able to achieve their maximum in terms of the speed of the system, since there are both long-familiar computational algorithms and a lot of new things here. All this in its entirety, allows you to feel from the first seconds that the work proceeds very quickly and at the same time, the minimum amount of device resources is consumed. Thus, the rapid execution of work projects allows you not to limit yourself to one thing, but makes it possible to perform several large-scale tasks simultaneously.

The official Windows 11 has a very well-designed workspace that was able to absorb the perfect edges that are not annoying during long work. On the one hand, you will be able to get a very bright workspace, but on the other hand, you will have the opportunity to get pleasure from its constant use, and not fatigue. Of course, there is a lot to argue about this, but most users who are adherents of rounded corners and everything minimalistic will simply be delighted with the new working environment.

In addition, the developers have made sure that it is convenient to use the workspace, which is actually what we can see when working with any version of the eleventh version of the OS. Here, a lot has remained in its place, but a lot has been moved – take the same Start menu, it is located in the middle and it initially seems not convenient, but after a couple of minutes, you understand the practicality of this location and similar trifles. There are an incredible number of such nuances, and as you know, it is on small details that the main impression of using any "operating system"is built.

In conclusion, I would like to note that the operating system Windows 11 is an incredibly progressive tool that is ideal for any field of use. With this system, not only the speed of completing the task and creating the project will increase, but the level of its high-quality execution will increase. So, be prepared for the fact that, having decided to buy an OS or upgrade to version "11", you will certainly like it, since it has a huge number of innovations that perfectly fit into any work and entertainment process. This is why this system is appreciated not only by people who create complex projects for a PC, but also by those who just have fun using their device.