How to rename a computer in Windows 10? 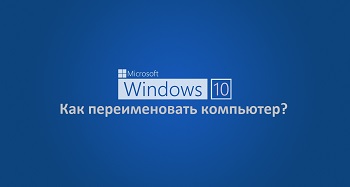 If you are a user of a PC that has its own local network, then you should know about: How to rename a computer in Windows 10? The uniqueness of this article is that when working with several computers tied to the local network, you probably could notice that the Windows operating system, independently, awarded each computer on the network with a unique name, that's just it, it can not always be convenient, because sometimes it's more convenient for the user to set the device names themselves in order to be able to work with them more fruitfully. As well as what exactly we will adjust, we will try to tell you today in the smallest detail, so that this topic does not create any problems for you.

In order to proceed with the basic settings, you need to access the Settings application, then go to the System section, from there, go to the About section, use the Device Characteristics block and click the Rename button this PC. " 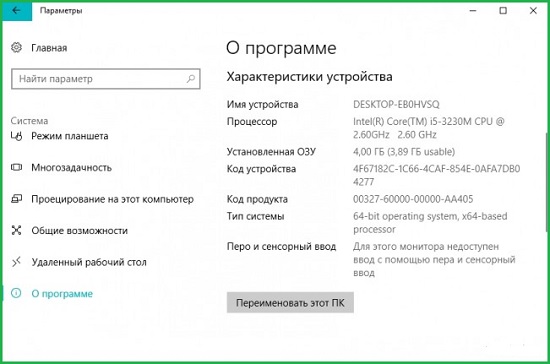 If everything is done correctly by you, then you will see how the dialog box with the name "Rename the computer" was opened, where actually there will be a field for entering a new name to the computer. Enter the desired name and use the "Next" button.

When entering a name, remember that the name can contain: letters, numbers and even hyphens.

As soon as you click on the "Next" button, you will see the appearance of the updated "Rename the computer" dialog box, where the system will ask you about an immediate reboot in order for the changes to take effect. Here you can either immediately reboot the OS using the "Restart Now" button, and refuse to do this with the "Restart Later" button. 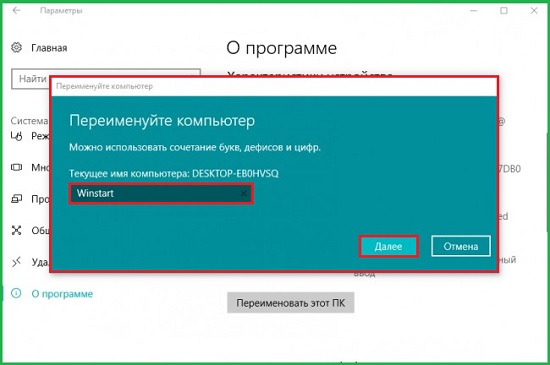 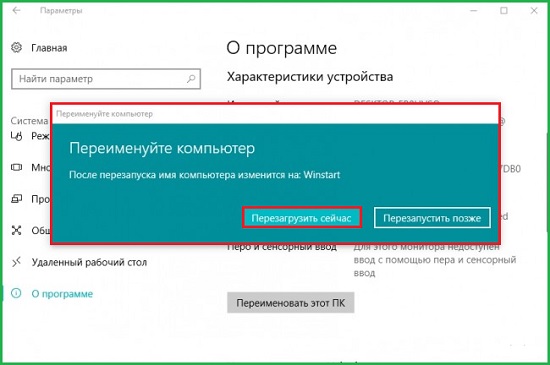 When entering a new name, you should remember that renaming a computer in Windows 10 is not so difficult, but during this process, it's worth to be extremely careful, because even a simple spelling mistake that you allow, will take away from you extra time, because the OS will need to restart and only after that, you will again have the opportunity to edit the name of the computer in which the error was made.