Auto-clean the Recycle Bin in Windows 10 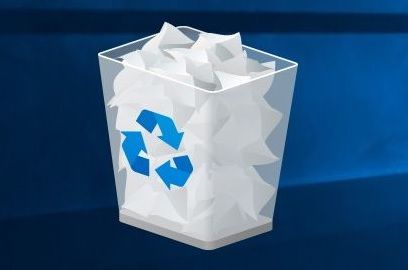 Many users who use the Windows operating system for many years do not even know that there is a so-called auto-cleanup of the Recycle Bin in Windows 10, which makes it possible to make your OS even more practical to use and refuse to manually clean the Recycle Bin. This method of bringing the OS to automation is convenient and practical first of all to those PC users who work a lot and constantly delete something, which in turn gradually downloads the hard drive and they have several times a day to clean the Recycle Bin.

In the description below, you will find two ways to configure the OS, each of which is fully functional and has the ability to function normally.

The method that will allow to clean the Recycle Bin in the automatic mode only during the shutdown of the PC and during its reboot. This method is practical because if you delete something accidentally in the trash, then nothing will be lost from it until the PC is turned off or rebooted.

To start, click on "Win + R" and by calling the "Run" window, you need to specify the command "shell: Startup":

As soon as an empty folder is opened, immediately start creating an empty shortcut in it, but only when it comes to the fact that you need to register the location of the object itself, write the following path, not something without changing it: cmd.exe / C "echo Y | PowerShell.exe -NoProfile -Command Clear-RecycleBin".

If the shortcut is created, then you need to save it and reboot the OS. 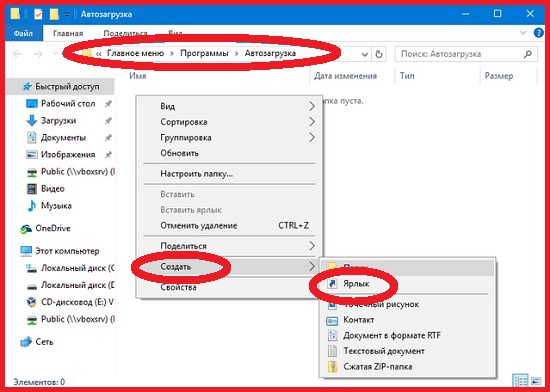 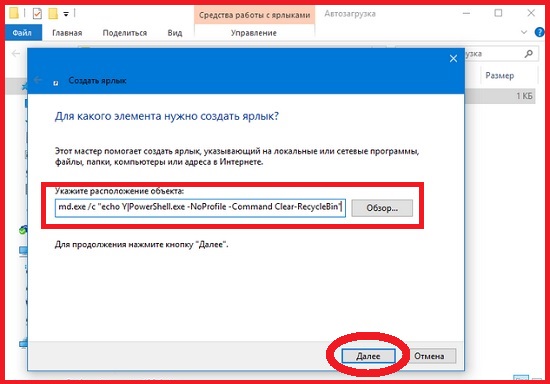 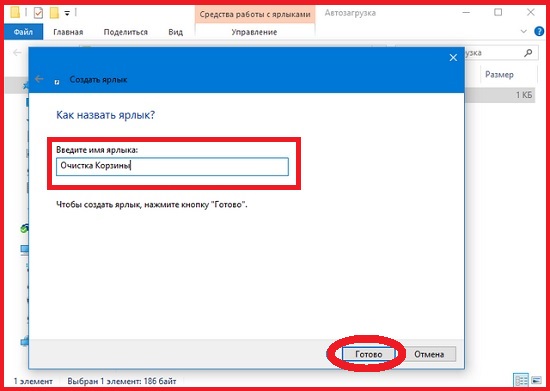 As soon as the OS boots, you can see that auto-cleanup of the Recycle Bin in Windows 10 has been fully implemented and now, each time the PC is turned off or rebooted, the Trash is automatically cleared.

A way that will allow you to use the Task Scheduler, which is just as convenient and practical, but only a little for other purposes than in the first case.

Click on "Win + R" and as soon as the "Run" window opens, type the following command in it: "taskschd.msc".

Now, on the left, in the column, look for the "Task Scheduler Library" and click on it, then, on the right, look for the item "Create Task". 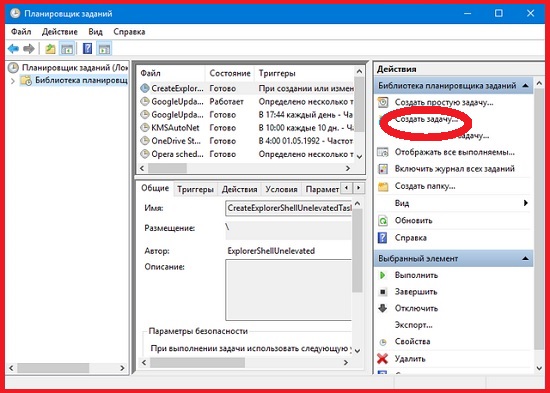 Before you should open a field called "Task Name", which you actually need to fill out (the name can be set in any form). As soon as you go to the drop-down menu called "Configure for", then you should definitely select "Windows 10". 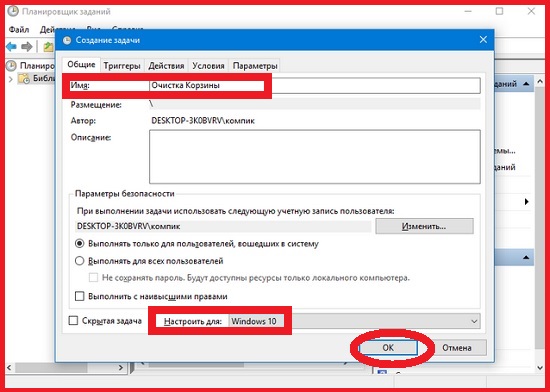 Now, you need to find the "Triggers" button and click on it, then click on the "Create" button. 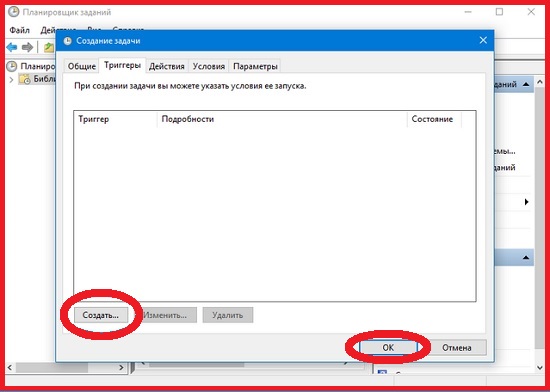 Choose the time interval in which you want the "Recycle bin" to be automatically cleared. 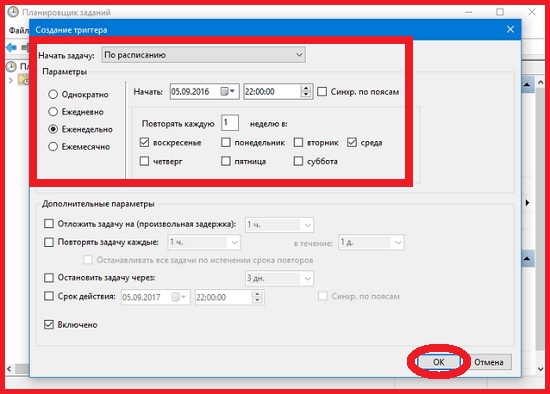 Go to the "Actions" tab and click on "Create". 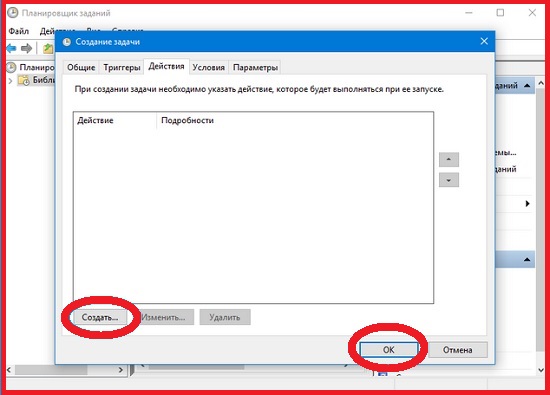 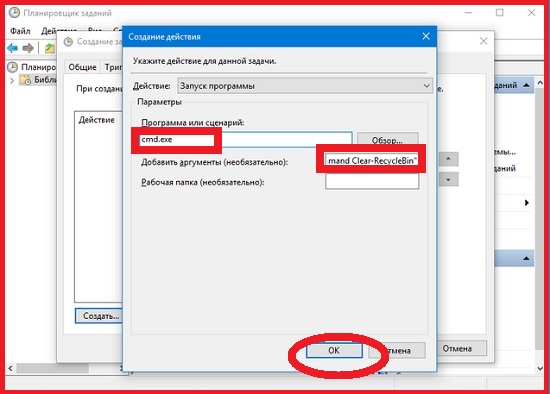 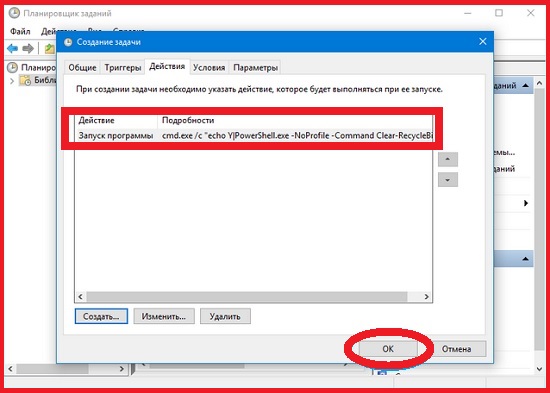 Once all of the above is done correctly, auto-clean the Recycle Bin in Windows 10 will function fully and make sure you are at that time, the time for cleaning which you asked.