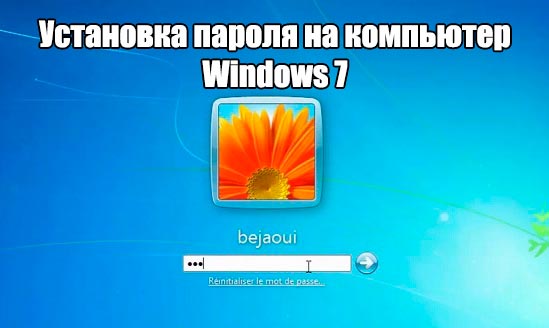 Speaking of the fact that Win 10 occupies the first place in the market for operating systems, Win 10 should not be forgotten that Win 7 goes behind its backside. Thus, many users try not only to go back to the past and pause for it, but try to use them According to the most optimal variant of the system, which could be enough: budget, modern, stable and secure. All this seems to be taking place in the "seven", but do not forget that every user who is a user of this software should take care of its safe operation and in this situation, set a password on the computer with Windows 7 should not be left without your attention.

The uniqueness of the method of preserving confidential information on the HDD of any computer that will be exposed to attacks by third-party PC users from the outside, lies in the fact that we will use only the “standard” system options, which, although they are quite simple, even now are considered quite workable. We also note that the ease of setting a password allows any user to embed it on their device and generally forget about the fact that someone can use it.

In fact, it’s worth proceeding from what exactly people want to do when they try to get to your computer at a time when you don’t visually keep it in your field of vision, because based on their desire and ability to harm you, you should expect specific outcome of each action:

In general, setting a password on a Windows 7 computer brings only advantages, with the exception of the only minus that will stretch for a couple of seconds when you have to enter a password when you turn on the device. In all other respects, a password is a real guarantee of security of data stored on the HDD of any device.

How to set a password on a computer with Windows 7?

In order to start manipulating the system settings, use the "Start" and through it go to the "Control Panel" system. 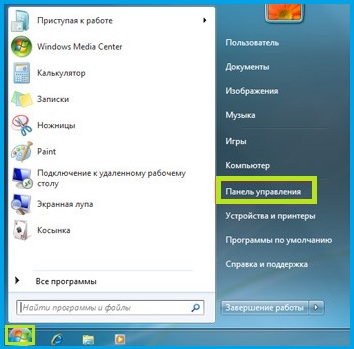 Here, you need the “User Accounts” icon, but note that the icons should be “large” and if they are not the same as in the screenshot, then you need to click on “View: Large Icons”.

By the way, "Large icons" do not necessarily exhibit, just with them, it will be easier to navigate. 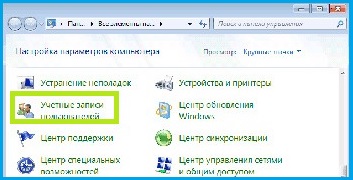 In the new window, there is nothing difficult to do, since you only need to click on the link “Create a password for your account” and get to the final window. 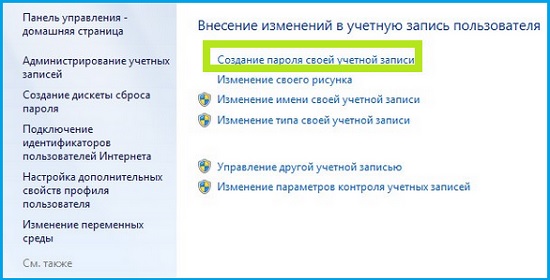 Creating an account password for the G7 proceeds as follows: a password is thought up -> it is written first in the first field, then in the second -> a “hint” is selected, which allows you to refresh your memory and remember the password if it was accidentally forgotten -> the button is pressed "Create a password". 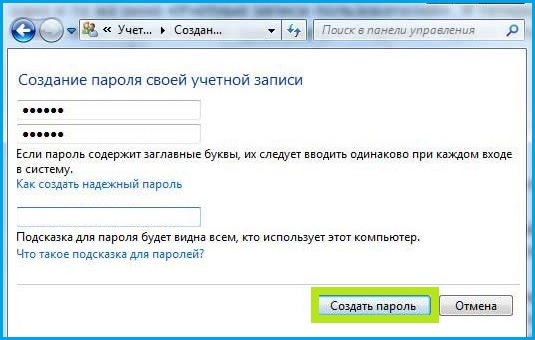 The next time you boot the system, you will be able to verify personally that the setting of the password on the computer with Windows 7 was done correctly and now everything is functioning as it should.