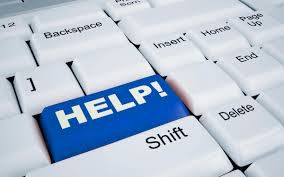 Very often, those of you who had to use the "seven" met 0x0000001E error in Windows 7, which, as expected, leads to a "screen of death" - "blue screen". Accordingly, when the appearance of signs of this kind of error in the operating system, the user is not nothing else comes to mind, in addition to simply just take and reinstall OSes.

Of course, the causes of 0x0000001E error can be quite a lot, but it is necessary to understand that each of them is solved in its own way, and in this example we will solve the problem specifically associated with the error 0x0000001E and ETD.sys without using reinstall OS!!! 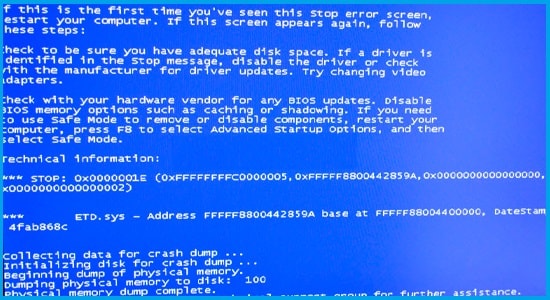 Now let's deal with the situation, as we see an error message «0x0000001E and ETD.sys», it becomes clear that it is not as it may not be a problem associated with SSD drive! That designation «ETD.sys» indicates a problem with the touchpad driver.

Try to download the operating system to start in "safe mode", but most of all - it will not give any results do not, because after Windows 7 boot screen, we will see the restart screen and so on to infinity.

Accordingly, we need you to take the so-called "boot disk" or "bootable USB-drive ', which will have already installed the utility allows you to control the startup of Windows 7 is not out of the system. The utility allows access to different sections of the operating system, without its full load, that you and I, respectively, and should be.

In this case, I will use a tool called «Autoruns», you can also use something else, because of this, the sense of solving the problem simply just does not change!

Run the utility "Autoruns", go to the tab called "Drivers" and find there a point charge of the touchpad "ETD" drivers, respectively, remove the check mark in front of the above points and the restart of the operating system.

After the reboot, 0x0000001E error in Windows 7 should be entirely the gulf, but it is necessary to understand that now, you will not work at all touchpad, so you have made it off the driver.

According to the idea, so no way can be tricky to solve almost any problem "screen of death", which is certainly connected with the OS drivers, and then things started to fully function, you just need to simply reinstall the driver and make their inclusion through the utility.