How to create a label "This computer" in Windows 10? 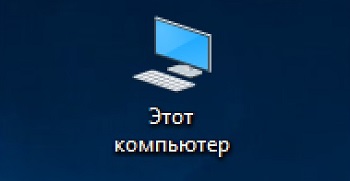 Agree that using the operating system Windows 7 or Windows 8 and switching to the use of Windows 10, at some point it turns out that once-usual functions no longer reside on the places they were previously. Although, in most cases, the developers of the new version of the operating system do not try to transfer functions that are usual for PC users... But it sometimes happens that people simply can not simply find what is important for them. It is for this reason that we decided to tell you about how to create the "This computer" shortcut in Windows 10, since despite the entire prostate of the question, it continues to roam the Internet spaces and puzzle those , who first started working with the "ten".

To begin with, let's explain that the "My Computer" shortcut in the same edition of Windows 7 was located in the window with the name "Personalization", but already in Windows 10, as such, the parameter "Personalization" is not present, but there is a new window named " Parameters ", through which you can perform all the same system settings as before, but not in the" seven ", but in the" top ten".

How to create a label "This computer" in Windows 10?

In order to start creating a shortcut, you need to move the mouse cursor to the free area of the desktop window and right-click it, which opens a short context menu in which you need to click the left mouse button on the item "Personalization". 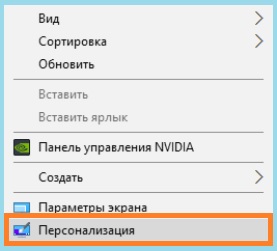 Here you have a window with the name "Options", which means that in its left part you should find the "Themes" item and after that, you will have the option to go to the right of the window "Desktop icon settings". 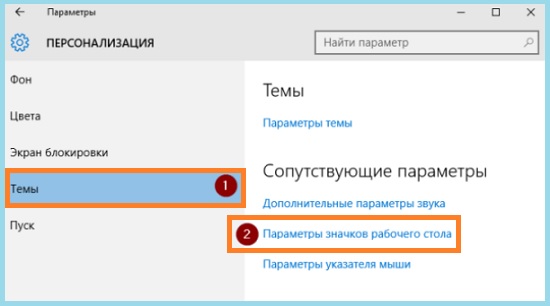 Now, you are in the window with the name "Desktop icon settings", which means that you have the ability to customize the icons that will be placed on the "Desktop". Therefore, in order to create the Shortcut "This Computer" in Windows 10 on the "Desktop", you just tick the checkbox "Computer" and after that, click on the "Apply" button. 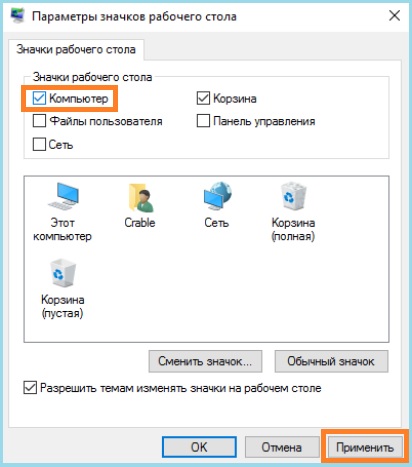 After completing the above procedure, you will be able to see how the icon "This computer" appeared on the "Desktop", which performs similar actions when using it, as the "My Computer" icon that you could use in earlier versions of Windows OS . 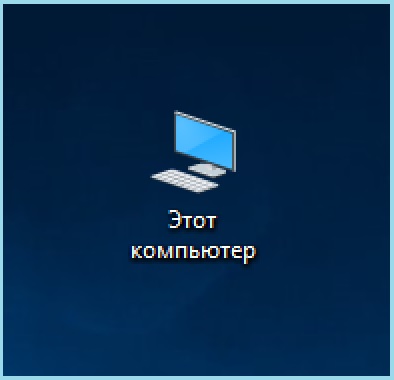