How can I change the color of folders in Windows 10? 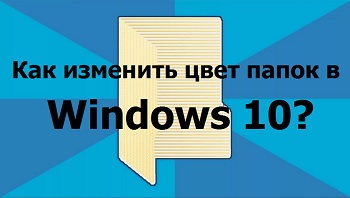 Not always the practicality and modern look of the operating system is exactly what most computer and laptop users need, since it's not uncommon for people to hide in the updated look of some small parts of the OS, such as folders. That's why, periodically some users have a desire to change the color of folders in Windows 10, thereby making them not similar to those folders that have long been known for a long time because of their customary appearance in terms of color scales. In addition, due to the change of the folder background, you can make your OS even more unique, because in some situations, users use different themes that have certain color tones under which it's so cool to customize the color palette of folders, making them more interesting in the visual plan.

The method of folder configuration described below implies using only "standard" OS features, which allows not using any third-party software, but allows you to work with only system options, which is quite enough.

How can I change the color of folders in Windows 10?

The process of changing the color palette of the background in the "top ten" begins with the fact that you should go to the "Start" menu, where it is possible to use the search string into which you will need to register a query to search for the following type: "regedit". Alternatively, you will need to open the "Run" window by simultaneously pressing the "Win + R" buttons and registering "regedit.exe" in the search line.

Here it is worth noting that it does not matter which of the ways you'll use it, it's more important that you end up in the exact section of the system that is necessary for the next step. 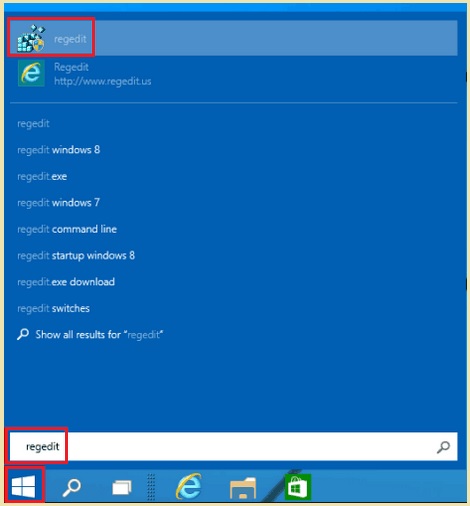 Suppose you did everything right and got into a new window called "Registry Editor". This is where you have to go a little way: HKEY_CURRENT_USER \ Control Panel \ Colors, to get to the Windows subsection, which in the end result will need to be edited.

When you get to the Windows subsection, you'll notice that in order to change the folder color in Windows 10, you'll have to use the so-called "RBG palette," where the color is selected based on the digital code. In the "standard" numeric value, the folders have the following numerical sequence "255 255 200", therefore if you need to make changes to the color gamut, then you must independently register a new numerical sequence in the order that you need. As an example you can use: 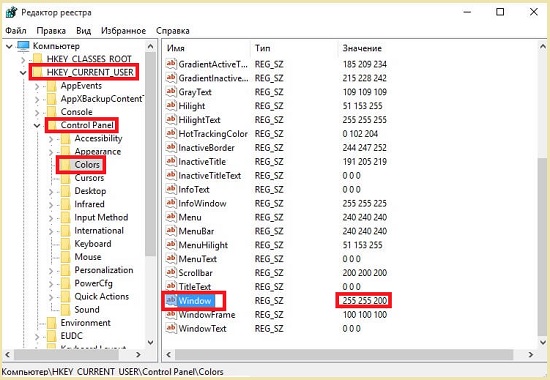 After selecting the background color for the folders you need, you will need to reboot the operating system, which will allow all changes in the system, to take effect and fully replace the usual folder background with the one you need.