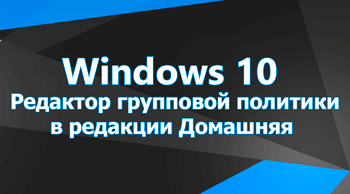 Many users of PCs and other devices that have been working with the Windows 10 operating system for several days have been able to notice that in modern realities, the best version of the program is the Home edition. Here are just these same users, they note that: “It would not be bad if the Group Policy Editor were present in this system...”. It’s clear that for most of you it’s nothing more than just a dream, but we know one really working way that will allow you to install the Group Policy Editor in Windows 10 Home, which will allow you to produce additional settings of your favorite system.

In fact, the aforementioned option is not available in the OS due to the fact that Microsoft has introduced clear restrictions for each of the systems it has developed and thus has limited the user in a certain choice. It is clear that you can not bother much and buy a more expensive version of the system, but agree that it is not always advisable to do this, provided that the “Home” edition of the system is enough for you to work or you don’t have the necessary amount of money for a more advanced edition of the OS. In addition, do not exclude the fact that often the user first buys, and then, only realizes that the purchased software does not quite fit him.

Thus, you will need to make your choices:

How to install Group Policy Editor in Windows 10 Home?

In fact, everything is so simple here that any user will be able to cope with this task, ready to devote to setting up the working software for at least 2-5 minutes.

It all starts with the fact that you have to go into the working environment of the Windows 10 Home operating system with Administrator rights. Without this action, you simply cannot do what is described below.

Start the “Command Line”, which is possible to open using the key combination “Win + R” and by entering the “cdm” command in the search line of the “Run” window, then pressing the “Ok” button.

Opening the command line will allow you to alternately enter into it a couple of commands: 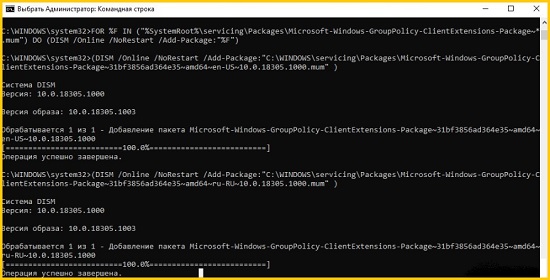 The whole procedure described above does not take much time, but it will allow you to install a pack where the Group Policy Editor in Windows 10 Home will be present, which means that now, you will be able to use “Search” or the same combination of keys “Win + R” by entering the “Run” window in the search field, the “gpedit.msc” command, which will allow you to run the “Local Group Policy Editor” 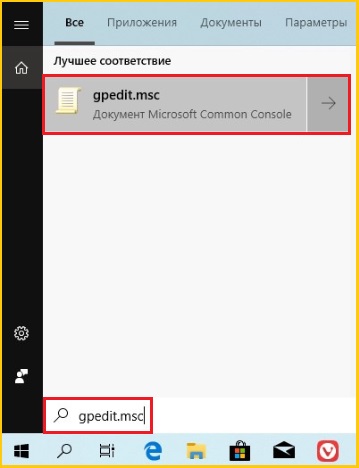 Thus, you yourself can make adjustments to the OS and, if necessary, with their help, you will be able to edit the system in a way that suits you.