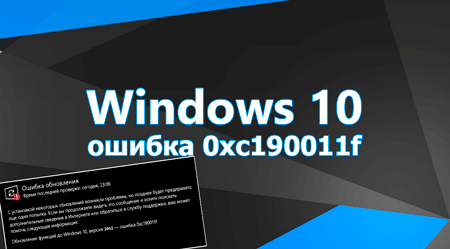 If you notice that during the system update in the "Update Center" appeared error 0xc190011f in Windows 10, then do not be too scared, because this problem is only at first glance can not be solved, in fact, anyone can handle it.

As practice shows, the main problem that can authorize the occurrence of an error is a failure of the update center file system or a failure of the operating system file system. In addition ,the "incorrect language of the region" or VPN can also cause an error. It is for this reason that we recommend solving the problem as soon as possible so that Windows 10 can be fully updated.

Go to "Settings" → then go to "Update and Security" → go to "Troubleshooting" → find in the right part "Additional Troubleshooting tools " → click on"Windows Update". 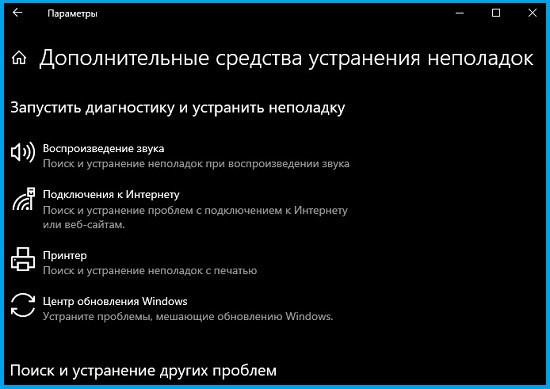 We exclude a problem with the language of the region

There are situations when the operating system, independently, performs a region change, which is actually a problem. In such situations, we do the following: go to "Parameters" → select "Time and Language" → open "Region" → in the right part we check the correctness of the selected region format. 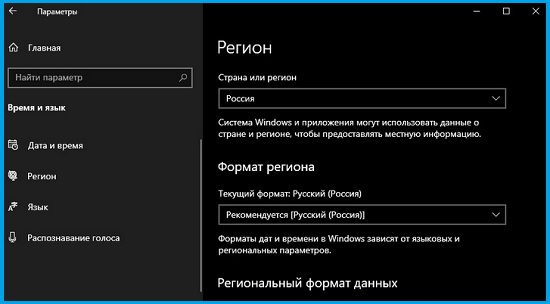 Performing an SFC and DISM scan

In this situation, you will have to run two system tools that, after performing a scan, will be able to make the error 0xc190011f in Windows 10 disappear. Run the "Command Line" as an Administrator → enter each of the following commands in turn:

This method will allow you to perform an instant stop of services, which will open a loophole in order to rename the folder with files, which always functions by default. Run the "Command Prompt", but only necessarily as an Administrator → copy the commands below and use them one by one: 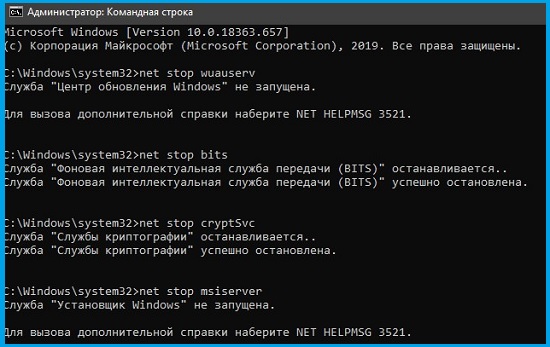 Deleting a VPN or proxy

When using a VPN or proxy, the Microsoft campaign servers may not process the received requests. Therefore, you can delete the VPN or proxy you are using, so that you can perform the system update procedure from start to finish.