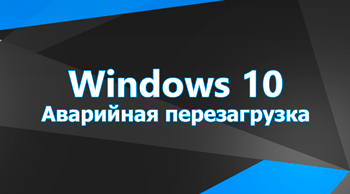 Many PC users have long asked Microsoft developers to implement an alternative system reboot option, which could work much “softer” than using the “Reset” button and it is not strange, but the requests of software consumers were heard and now, we have with you it’s possible to use crash reboot in Windows 10.

The essence of the emergency system reboot lies in the fact that it has the process of shutting down the system using completely different algorithms that differ from those used previously and as a result, the system structure suffers much less. Therefore, the method of rebooting the system described below should become more priority for you, provided that the freezing of the system or individual software has not led to the OS not fully responding to keystrokes. If it is possible to control the system using the keyboard, then this is exactly the reboot option that you need.

How to enable emergency reboot in Windows 10?

In fact, the developers have tried to simplify the number of actions to the user as much as possible, and as a result, this is what came of it: press “Ctrl + Alt + Delet” at the same time → when you get to the “Security screen”, you get the opportunity to use the power button in the lower right corner of the monitor → press and hold “Ctrl” and click on the “Power” button → if a small pop-up window called “Emergency restart” appears, then you did everything in the previous steps correctly and it remains to continue your intentions or abandon them by means of you buttons “OK” / “Cancel”. 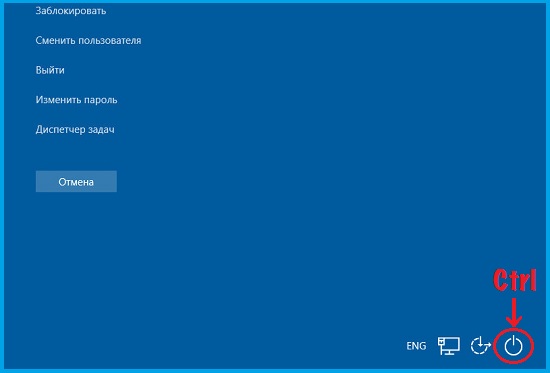 Please note that if the “OK” button is clicked, a emergency reboot in Windows 10 will occur even if the device has unsaved ones: documents, projects, etc. Thus, before rebooting the system, think carefully about the consequences.