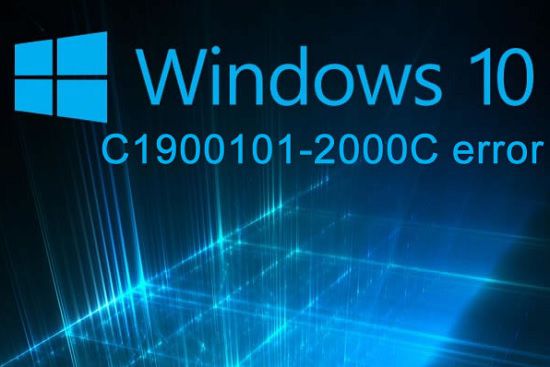 Some users who are using the new operating system, have to face the fact that they repeatedly see the window, where they have a c1900101-2000c error in Windows 10, which they for some reason do not they can not be eliminated. All would be nothing, but that's it, this error is thus a stumbling block that appears when the operating system upgrade or during its reinstallation.

It turns out that if you use the public methods of renovation and reinstallation, it is not something out of this good will come. For this reason, we decided to offer you several options allowing the majority to solve the above problem.

1. You might be trying to download the update damaged, which means that under no circumstances it will not be installed. In most cases, you simply need to opt out of the Windows 10 is "here and this hour," as we should wait a few days, and the new update will be released, where the problem will be fixed.

2. If the problem lies in the damage to the update, you can also help support the change, which is the update, since it is possible that the update damage appeared just after the update has got to removable media. Thus, if you are using a USB-drive, we suggest that you use a DVD-disk or HDD-drive that can allow you to solve the problem with an error c1900101-2000c.

3. It is possible that you have outdated drivers, which means that it is necessary to make them updated. Updating drivers we recommend only from official sites of their developers.

4. The presence of virus in your operating system, also may cause c1900101-2000c mistakes, especially when it comes to what you are trying to upgrade from earlier versions of Windows, to Windows 10. Therefore, you should check to make OS on the virus and delete all the "evil" that is there before you. Only after removing the virus, you will be able to fully upgrade.

5. If none of the above methods do not allow you to do so that c1900101-2000c error in Windows 10 has been eliminated, then why not simply just ponder, to produce a complete reinstallation of the operating system, but in this case, you need to completely reformat your hard drive and make it a new breakdown.

We hope that these tips will be useful to you and you can easily cope with an error, which until recently, you did not seem solvable, and now is very simple and does not catastrophic.