Forced to set the default printer in Windows 10 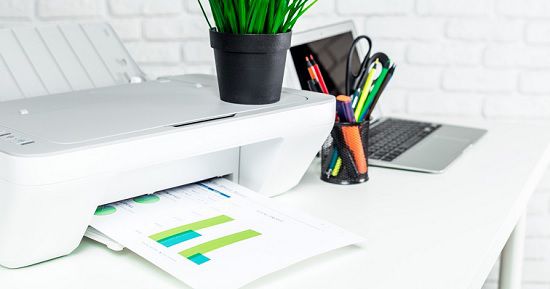 Many of you, probably more than once set all sorts of devices in Windows 10 and probably in most cases, all proceeded you "in normal mode" as "ten" has a very high-quality software in the name of the installer, who all perform almost without fail. That's just there are situations where the printer is installed is not possible to determine how the printer works by default, which in fact leads to many problems. In such a situation, you need to manually set the default printer in Windows 10.

To begin, let's try to go in the "Classic Control Panel" section → «Devices and Printers" → make a "basic" setup the printer manually: 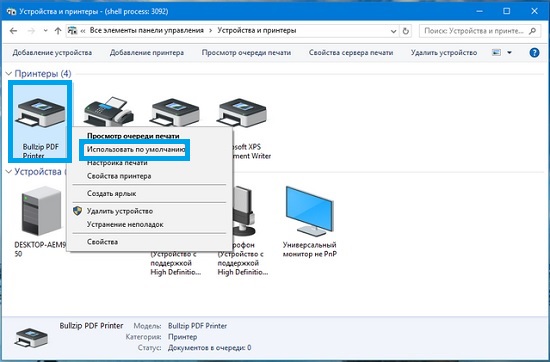 If the above method does not help you, it is time to move on to the use of a registry tweak to Windows 10. To begin with, you need to make the printer select the setting → device installed default printer, but not using the Windows interface, but directly. Open the "Registry Editor" using "the regedit" command → go to the following path: HKEY_CURRENT_USER \ Software \ Microsoft \ Windows NT \ CurrentVersion \ Windows → find the string value "Devices'" and click on it twice → make a string replacement to the front element «, winspool,» was written the name of your new printer. 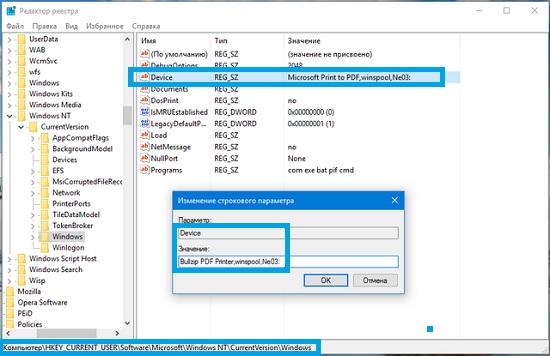 It remains only to save all the changes and see what you could force the default printer in Windows 10, as it became marked by a tick in the green circle.

And the last step, you will need to do the following: go to the section "Device Parameter" Application → «Printers & Scanners» → produce disable the option "Allow Windows to manage the default printer." This step will prevent the operating system after the final selection of the default printer by the user to replace it with one that it considers most appropriate. 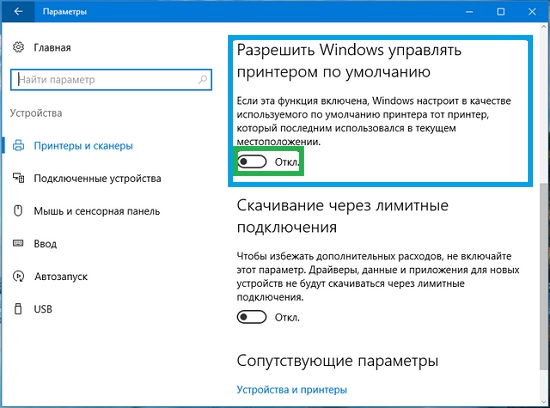